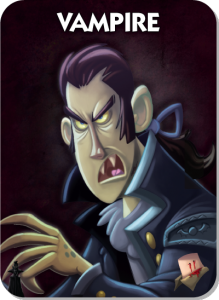 “Vampires, wake up and look for other Vampires. Give any non-vampire player a Mark of the Vampire.”

Beyond this, Team Vampire strategy normally resolves to that of Team Werewolf.